Get fresh music recommendations delivered to your inbox every Friday.

from Ahi Cab by Idolos 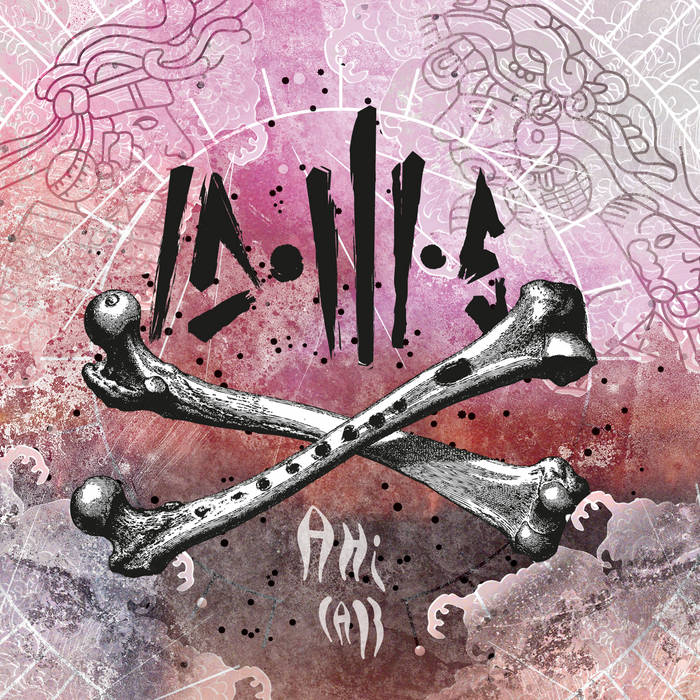 Lords of the underworld to their messengers :

These messengers were the owls —Arrow Owl, One Leg Owl, Macaw Owl, and Skull Owl—for so the messengers of Xibalba were called.

The owls : “I’m like the arrow, piercing.
I have one leg, but I have wings.
I have a red back, but here are my wings.
I’m the Skull Owl, a skull with no legs
Our burden is to be the war councilors and we come from Xibalba”

One Hunahpu and Seven Hunahpu were playing ball at the court that was called Honor and Respect at Carchah when the owls came. The owls, therefore, alighted atop the ballcourt, where they delivered in order the words of One Death and Seven

The owls : ““We’re here to deliver in order the words of One death and Seven death. The Lords of the underworld want you to come down and play with them,
You must come.
You must come here to play ball with them that they may be invigorated by you.
You must come.
Take your implements—your yokes, your arm protectors, and your rubber ball as well.
You must come.”


Hunahpu and Seven Hunahpu : “Are these not the words of the lords One Death and Seven Death?”

The owls : “Those are the words that they said
We shall surely be your companions.
You shall bring all the gaming things say the lords.”

Hunahpu and Seven Hunahpu : “Very well. But wait for us while we leave instructions behind with our mother,”

Thus they went to their home to speak to their mother, for their father had died:

Hunahpu and Seven Hunahpu : “We must surely go, our mother.
The messengers of the lord have just arrived to take us. ‘They must come,’ we were told. Thus the summoners have spoken. But this, our rubber ball, shall remain behind, they said. Then they went to tie it up above the house. We will surely return to use it again. Until then, merely play the flute and sing, write and carve.

We must go, but we will not die. Do not grieve”